Living life and loving it.

Everyday just keeps getting better. If this is a taste of what 2011 will bring - then I say
LETS DO IT.
Of course the first day of 2011 was going to be a total rest day. We all didn't wake up till atleast 9:30 after having headed to bed at almost 1am New Years Eve. We all saw the New Years in as a family after having dinner with Stephen's Cousin Julie and her husband Darren. We had a great feast, a few drinks and lots of laughs.
I half expected that the resort we are staying at would go off as soon as midnight hit - but it was really quiet. A few crackers went off , a few random cheers - mine included and that was it. It was kind of a welcome change - the kids were tired and we were constantly tapping at them to stay awake for the last 20 mins or so. As soon as New Year hit we all cuddled and kissed and they pretty much headed off to bed.
Then yesterday we headed off out towards Laurieton and had lunch by the water. This place was just the most beautiful place to be. I don't think I have ever seen water so blue or clear. Just such a pristine area. 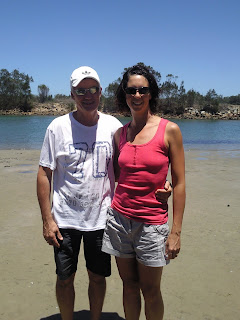 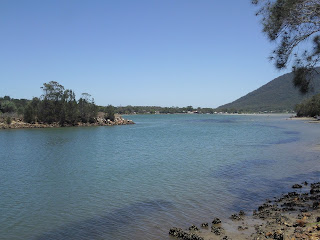 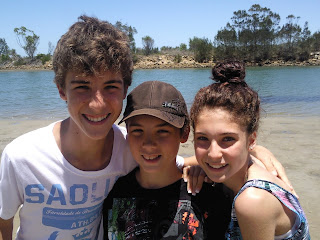 We feasted on yummy fatty fish n' chips - what else would you eat at the waterside. Kyle had found himself this sea sponge - actually more like a colony of sea sponges and everytime he pressed one part it would squirt water at him - hilarious. So as any inquisitive child - he kept pressing.
Upon heading back to the resort it was once again back to the pool - my kids just love the pool. It's quite a task trying to get them out. 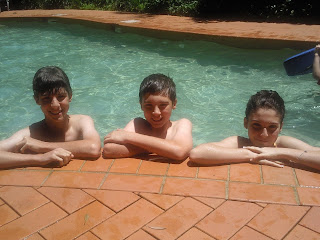 Then this morning it was off for another bike ride with Nicole and some of her friends. I didn't feel too bad today - even though initially the first few hills once again made me beg for mercy. This time we headed out for a much flatter route and in a much different direction. There were so many cyclists out on the road and I even saw another PTC jersey on my travels. Not sure who it was - it was a girl but couldn't quite make out who.
There were a couple of times I dropped off along the flats as they picked up speed and just zoomed off. But they all waited for me for which I was eternally greatful. 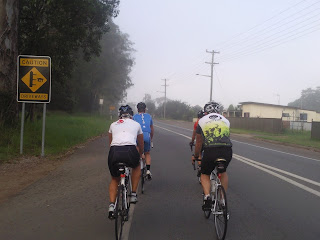 And the best bit was that I got to have a coffee stop at the end of it all. Life is hard. I returned home to an empty house and with 60km under my belt. Stephen had taken the kids out fishing with Darren and I think we are having fish for lunch. Taillah has caught herself 6 so far - that's my girl. 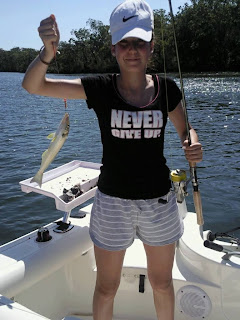 The boys have caught themselves one each so far. Looking forward to it. Grilled fish YUM
Posted by Barbie at 11:34 AM 2 comments