I woke up this morning feeling quite sore in the shoulders from yesterday's swim and was thanking God today was a cycling day. And what a day I was blessed with for cycling - blue skies and not a single cloud over the ocean. The kids had been begging us to go to the beach so we decided to go and enjoy some rays before I headed off for a ride. 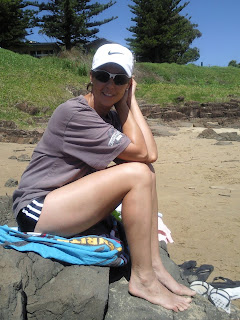 I can't remember the last time we actually just sat around and played in the sand and enjoyed quality time as a family. It felt so nice to just sit back and let my feet soak up the yumminess of the cool ocean water. 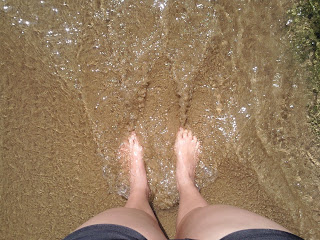 Stephen and the kids played beach volleyball and it was fun watching the kids, who are now almost as tall as their father try to beat him. I really am blessed to have such a great family. 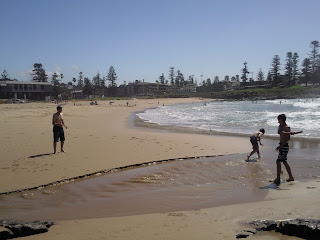 After spending a great morning at the beach we headed back to the apartment and Kurtis and I headed out for a bike ride to tackle some of these hills that engulf the surrounding regions. 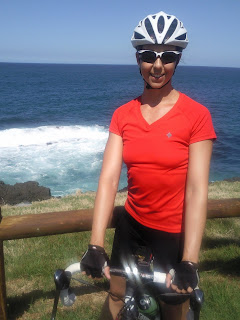 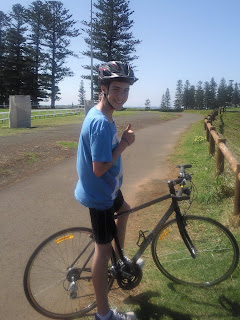 After tackling about 6kms worth of decent hills Kurt decided to head back home and I ventured out on my own to see how I could tackle the hills behind the units we were staying at. These hills are unlike anything I have ever seen, suffice to say that if you are driving them in your car, taking it down to your second gear is what is needed to get up and over them. I wish I had of taken a photo of them to show you today but I am heading out for a bunch ride on Friday with some of the locals and will aim to take loads of pics for you then.

I will be aiming for a 70km ride with them and hopefully they will show this newcomer some mercy on the trip.
Posted by Barbie at 7:57 PM 7 comments